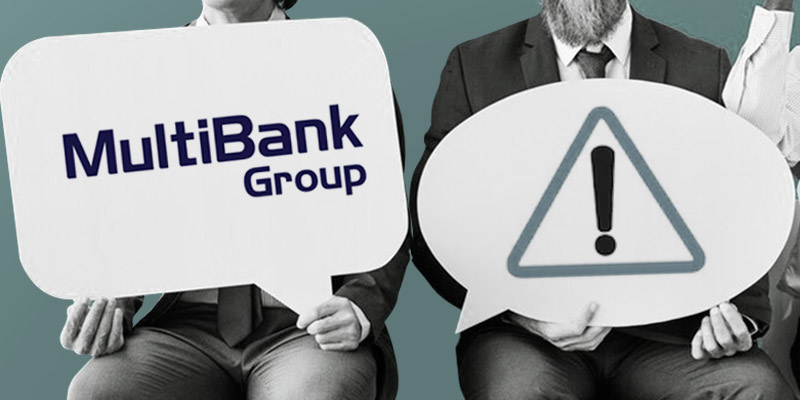 Recently, a client of Multibank Group (MBG) on social media has filed complaints against MBG, accusing MBG is illegally occupying his funds. As MBG's reputation goes from bad to worse, many people are following the updates of this complaint, wondering about the response of MBG. And forex investors can not help asking the question: why is it so difficult to defend rights in MBG?

Multibank Group is under multiple regulations around the world. Major regulators of the company include but are not limited to the Australian Securities & Investments Commission(ASIC), British Virgin Islands Financial Services Commission (BVI FSC), the Vanuatu Financial Services Commission(VFSC), the Monetary Authority of Singapore (MAS), etc. Besides, MultiBank Group had a license canceled by the Spain National Securities Market Commission (CNMV) in March 2022. 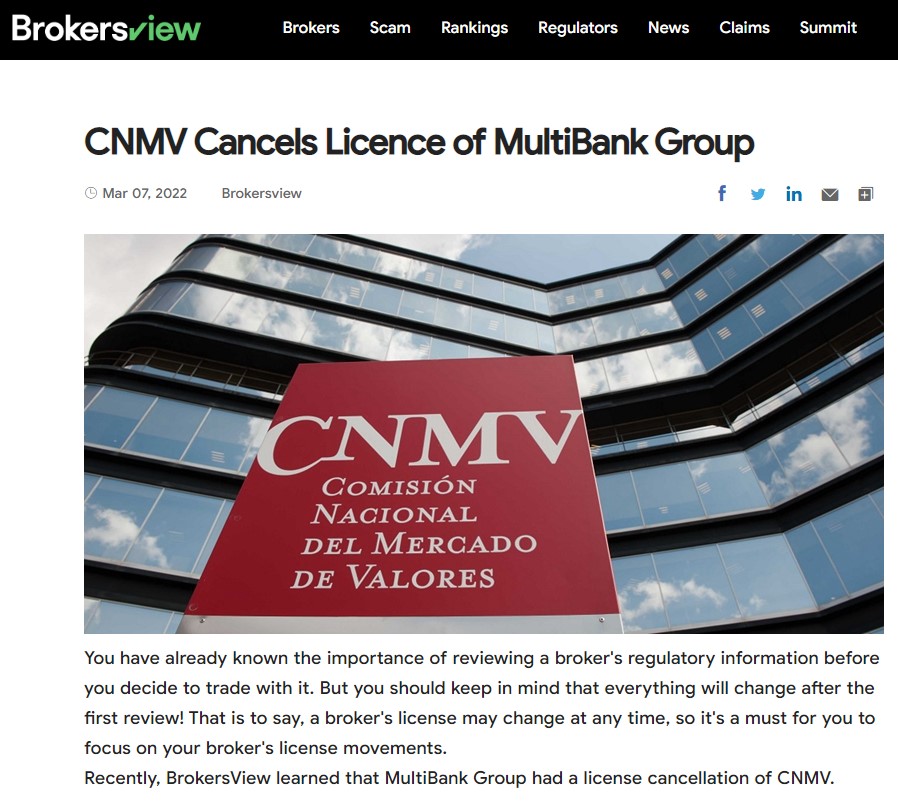 Mr Yang filed this complaint against MBG. He accused Multibank Group of illegally occupying his funds for 9 months. According to his profile, Yang once worked for Multibank Group as a Foreign Exchange Specialist. And now he is a Chinese client of Multibank Group. 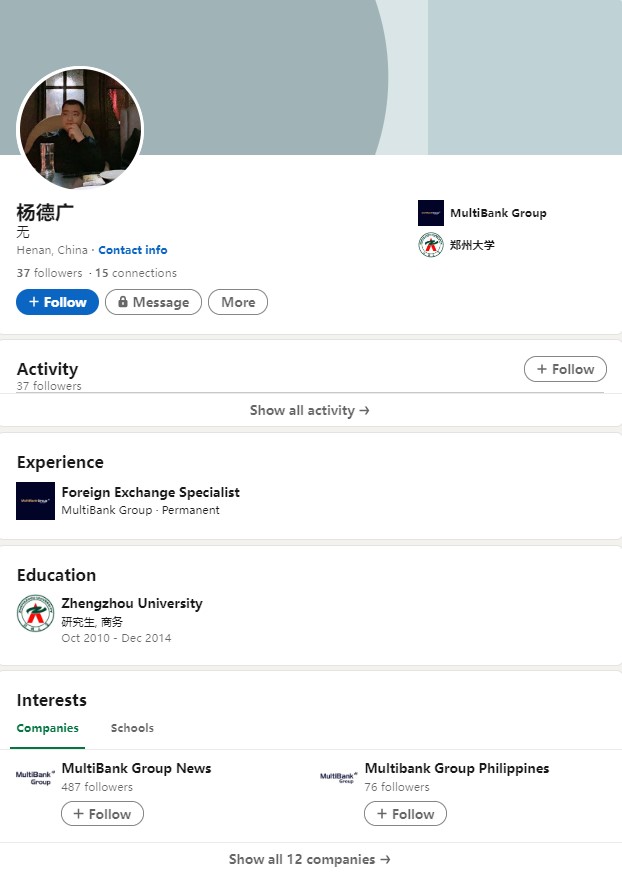 On social media, Yang presented a contract that he signed with Multibank Group privately. 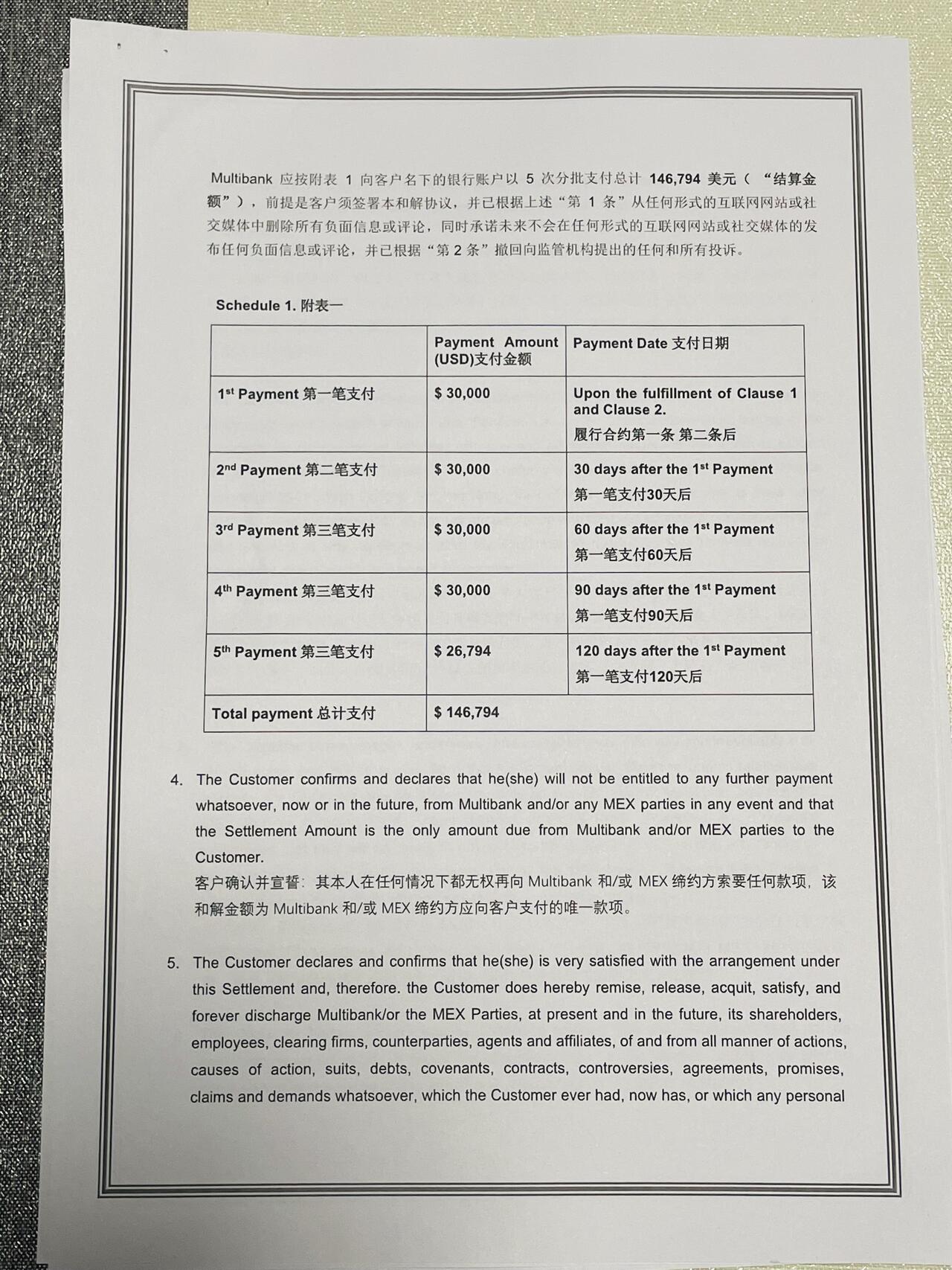 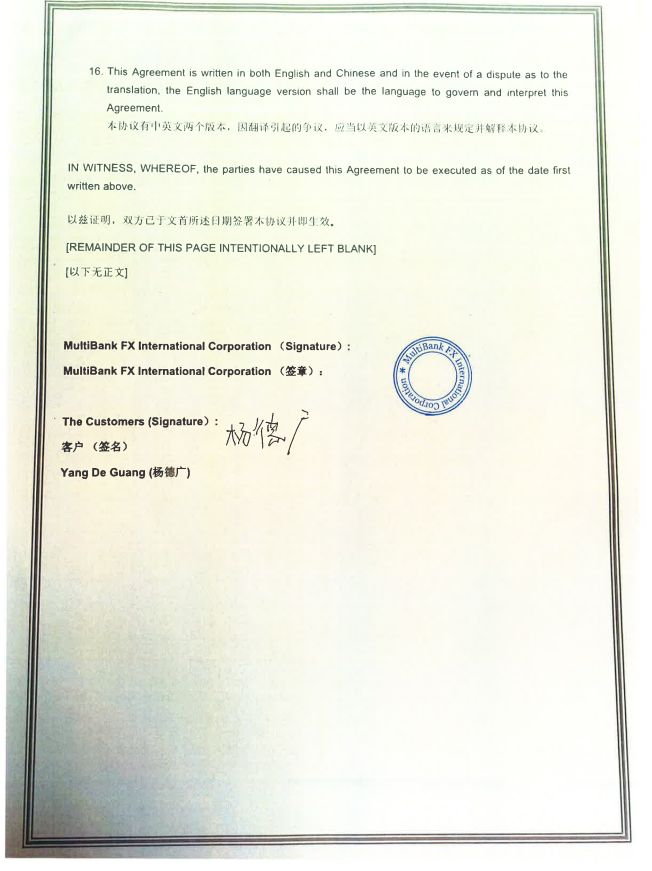 However, only the first instalment specified in the contract was executed, according to Yang. And the second instalment of the account has been debited for a month while the remittance has not been made.

Yang said he thought the contract is an "unequal agreement". MBG only gave part of the total amount and it did not compensate for the interest that occupied his funds for several months.  Yang is very angry about what MBG did to him. He accused the broker of "scammer", " disrespect traders" and "unreputable company".

It has been a few months since Mr. Yang's started to defend his rights, and he has posted his experiences on social media several times, but MBG still has not given Mr. Yang a satisfactory result. Yang reminded forex traders to "stay away from such fraudulent companies". 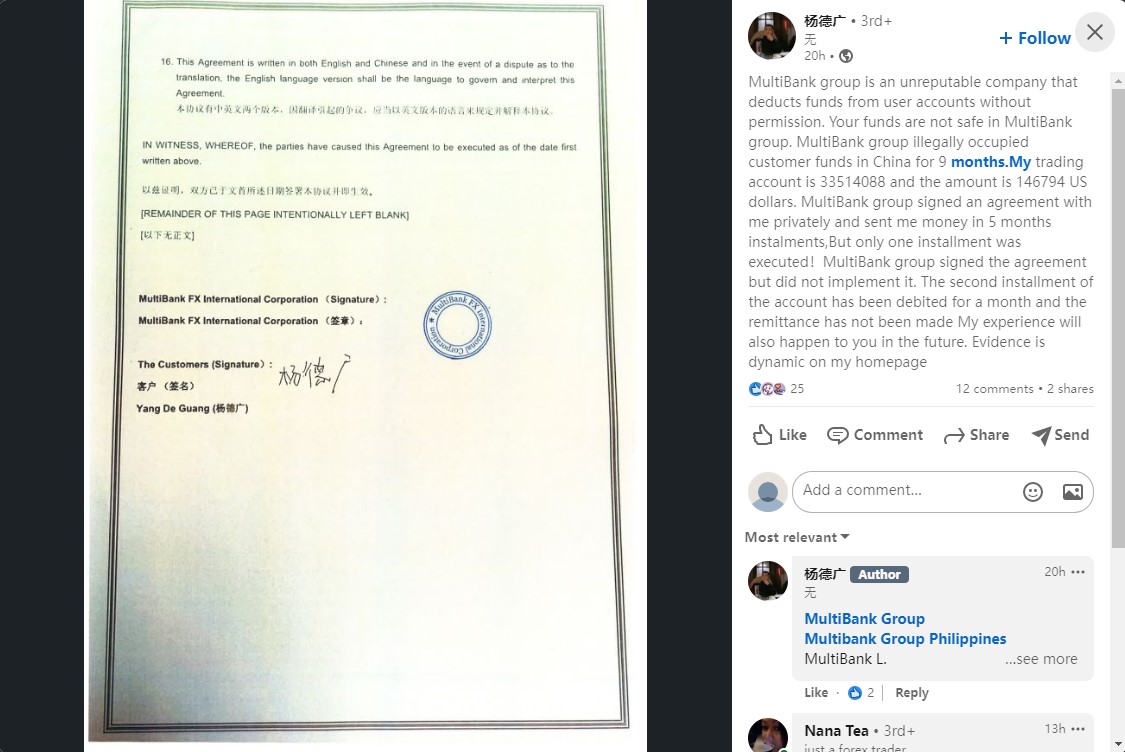 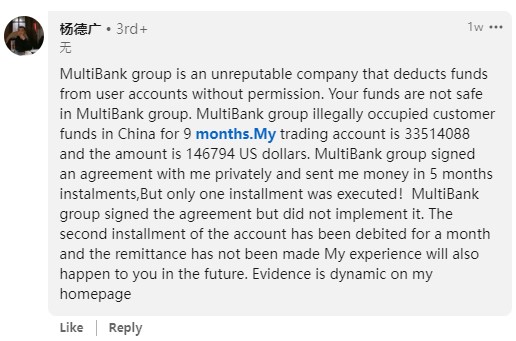 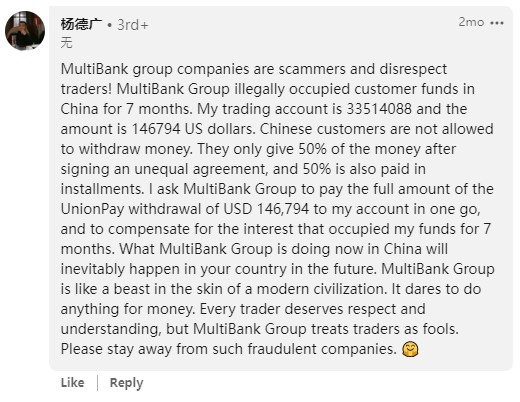 Though Multibank Group is a multi-regulated forex broker, the inappropriate behaviors, such as delaying withdrawal and ignoring customer complaints, are making itself an unreputable broker, nothing different from a scammer.

This is not the first complaint against MBG in the past few months. Recently, many forex investors in MBG are confronted with difficulties in withdrawing funds. And the complaints against this broker have been rising. Many investors who stucked by withdrawing money from MBG shared their expriences on the Internet. MBG's reputation is going from bad to worse.

Through Mr. Yang's experience, forex traders are reminded that we should choose forex brokers carefully.

Before deciding to trade with a broker, the first step is checking its license, as we all know. However, being regulated is not the only condition to make your decisions. No brokers can always make every trader satisfied. It is important to search for a broker's client feedback, which stands for a broker's reputation. It is also important to know about the attitude and handling of customer complaints by traders.

You can cross-check a broker's rating on several independent reviewer's platforms, such as BrokersView, to assess its credibility. 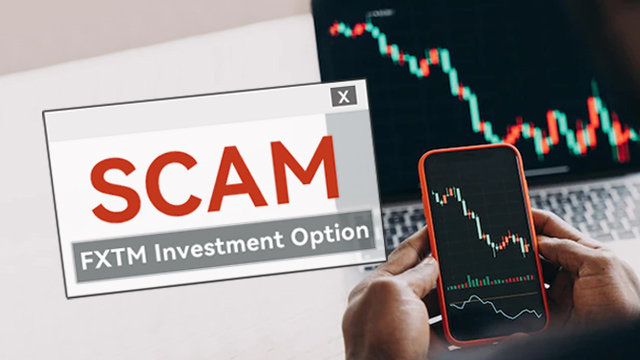 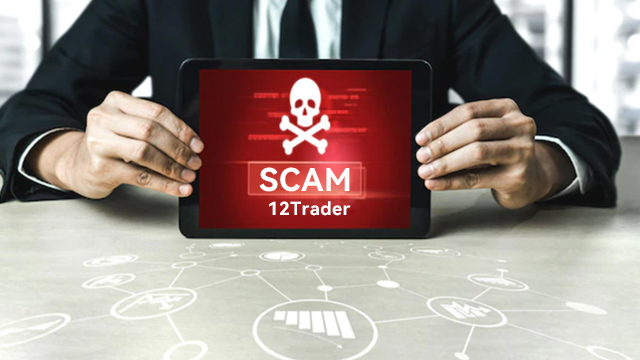 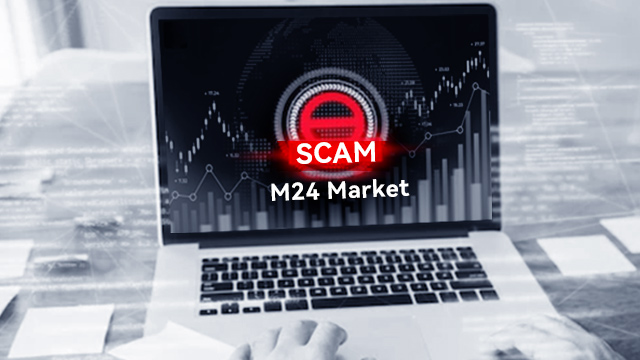 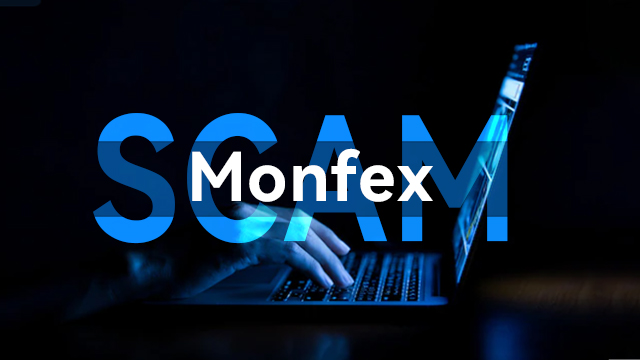 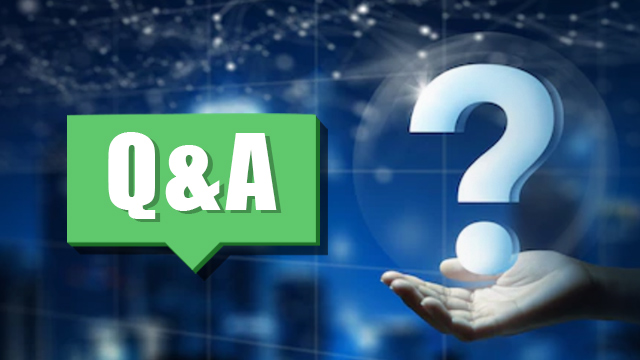